Showing posts from 2014
Show all

Confusion at the Fair 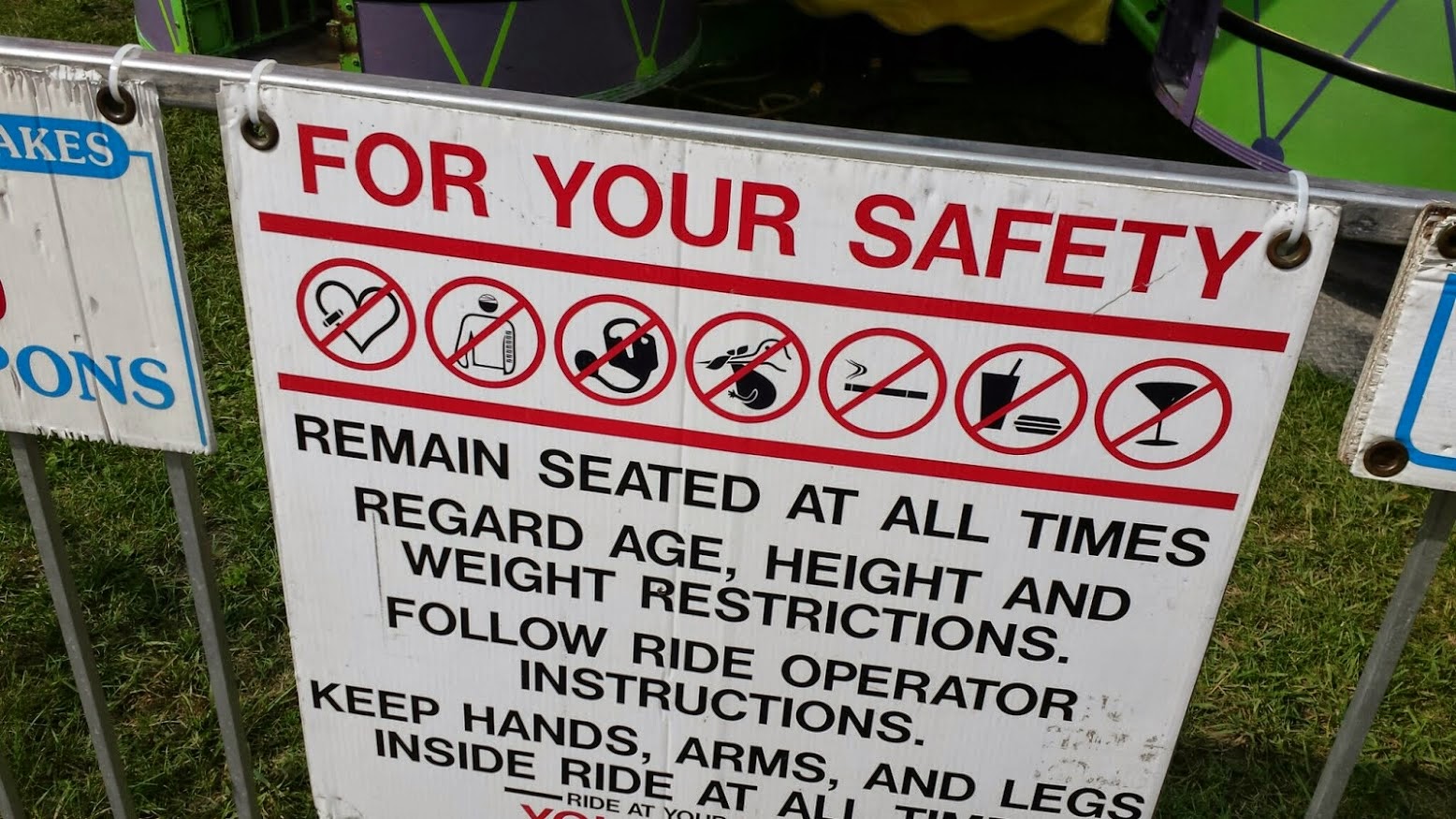 Major Dad is off fighting the floods, so the kids and I are on our own for the time being. Yesterday, we decided to drive an hour down the road to the big town fair. A good time was had by all, but I found myself a little confused at the signs they had posted on all the rides.
It has always been my assumption that symbols posted in public places should be the kinds of things you can glance at and immediately recognize the meaning of. Like the universal symbols for men and women outside public restrooms (though to be honest, I messed that one up recently too). But apparently it's good to have a super-visual type with you at the fair these days, because Firstborn figured all of these out while I was still standing there like a dog with my head cocked sideways trying to make sense of them.
There are a  LOT of rules for riding the teacups these days!
Me: "No love? No heartbreak?" Firstborn: (rolling eyes) "No heart problems, mom."
I thought maybe this one was ban…
5 comments
Read more

The Captain is No More!! 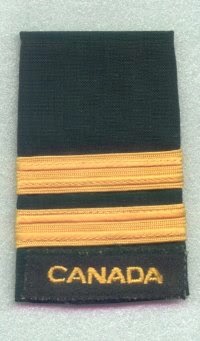 Don't panic, I didn't hit him with a frying pan.

This change is of a completely different kind. It comes with more responsibility (read: irritation) for him, and more money to spend at Michael's for me.

That's right! The Captain has been promoted!

Is anyone else feeling like they've been asked to solve one of those spot-the-difference pictures from the kids' magazines?!

In any case, let's bid a fond farewell to the Captain, and say hello instead to Major Dad!
8 comments
Read more 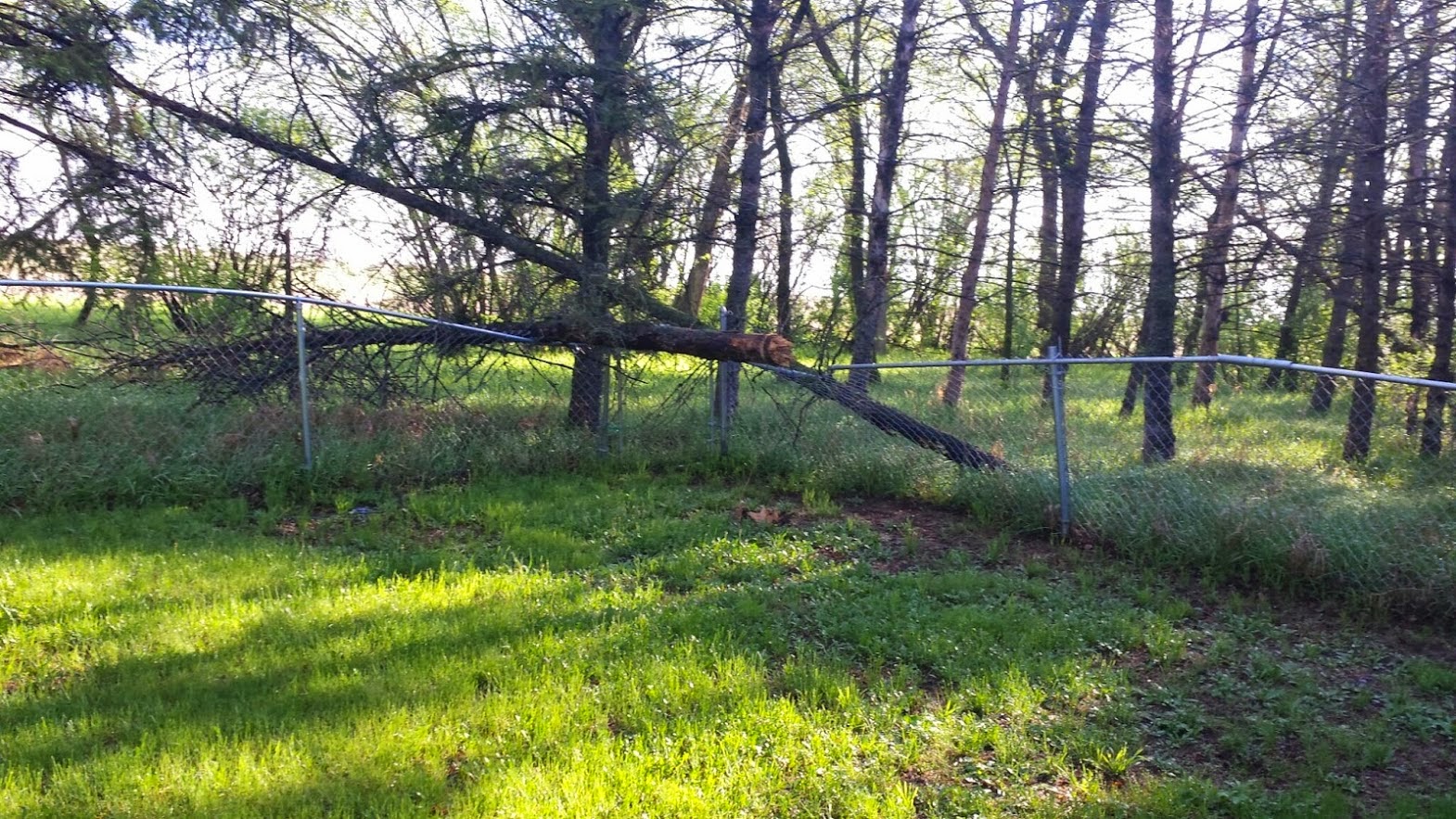 I thought I'd better check in again, as the last time I posted I think I may have sounded a tad cranky, and I don't want anyone worrying that I've been wallowing in misery since that curveball the military threw at us a month or so back!

Life has happily carried on, and my house is now back to its original filthy state. Though it does turn out that unpacking is a much slower process than packing was.

Last week we had a bit of a wind storm, and a couple of our old rotten trees out back finally met a tragic end:


Right on top of my gorgeous chain-link fence! The Captain kindly went out there this weekend with a chain saw and took care of the mess, and I propped my poor old fence back up. So no real harm done there, but I'm now on the hunt for a new location for my laundry line. As you can see from the picture, there's no shortage of trees. It's really just a guessing game as to which one's going to fall down next! In other news, I have a long-overdue missing p…
1 comment
Read more

A move of that nature with kids, dogs, a cat and a whole lot of stuff is not something you can get done in a weekend, so I've been working like a busy little beaver trying to get the house ready to be appraised and sold, as well as looking at places in our new town, trying to plan a house-hunting trip and keeping in contact with the new school board to ensure my special needs child doesn't get lost in the shuffle. RB has been wildly unsettled by this whole experience, so there's been a lot to deal with at this end too. This week alone, I made 7 trips to the dump and took one full carload to Value Village. I discovered that the best way to clean baseboards and white moldings is with a Magic Eraser (I can be environmentally conscious once I'm settled in my new home!), and that there really is no particularly effective way to get the smell of old cat pee out of things like carpet o…
10 comments
Read more

The Race is On!

April 26, 2014
For those who have asked and not received a reply from me (sorry!), we have not moved yet. But the scramble to get this crazy house ready to be listed has begun, and as usual, the Captain is elsewhere so I'm doing it alone. It turns out that 8 years is way too long for us to stay in one place, because we are terrible, terrible pack-rats! I think we need to be featured on an episode of Hoarders. It might shame us into decluttering and trashing things that are clearly garbage. I mean honestly, is the Captain ever going to fix up that broken, vintage toaster he bought off of ebay in 1999?!

Bear with me, I'll be back soon!
5 comments
Read more

Wild Turkeys Couldn't Drag Me Away... 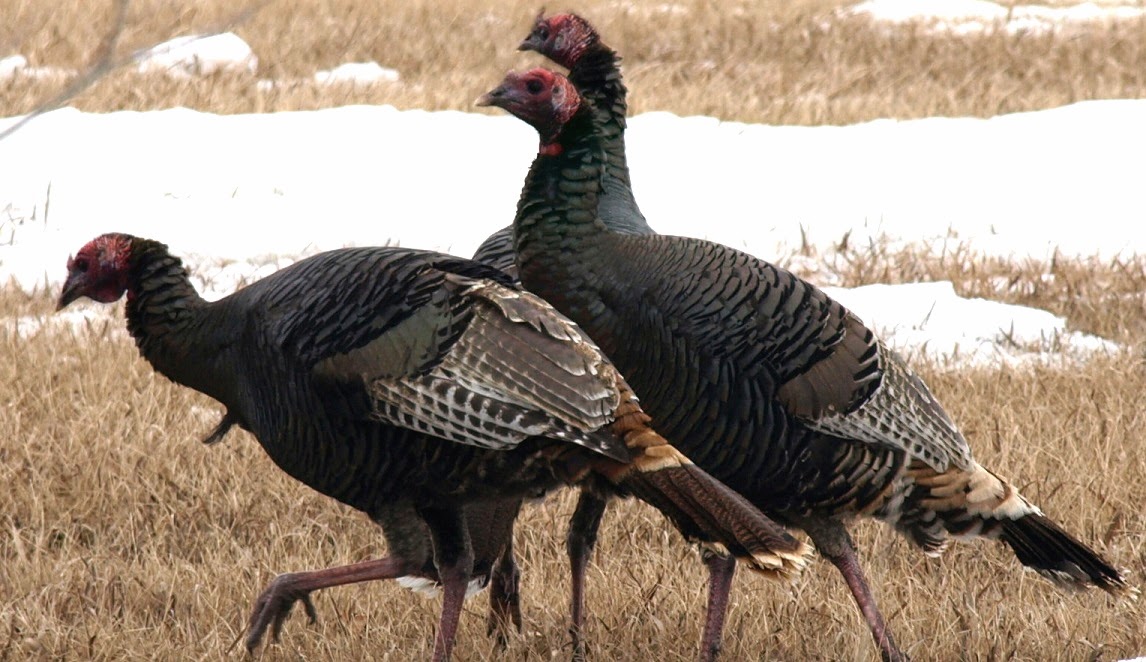 Well, actually, these ones probably could. They turned up in my front yard last weekend, and they were as big as my dogs! Dumb as lampposts too. They let me walk right up and do a photo shoot!


I hope this is a sign that spring is actually coming soon because after rejoicing that the snow had finally all melted off my driveway yesterday, this morning I woke up to this nonsense:


And in other wildlife news, here's my latest shot of poor Anakin:


He started losing hair above his eyes in mid-August and was diagnosed with ringworm, but didn't respond to any treatment. Nearly eight months and $550 in vet bills later, we have finally gotten to the bottom of it. As it turns out, the mangy little barn cat that I took in almost four years ago is actually a Hollywood-style designer cat. He has a food allergy! Unfortunately, after all these months of scratching himself raw, he seems to have also developed a habit we can't break, so it's last-resort time, and the poor guy has to wear…
3 comments
Read more 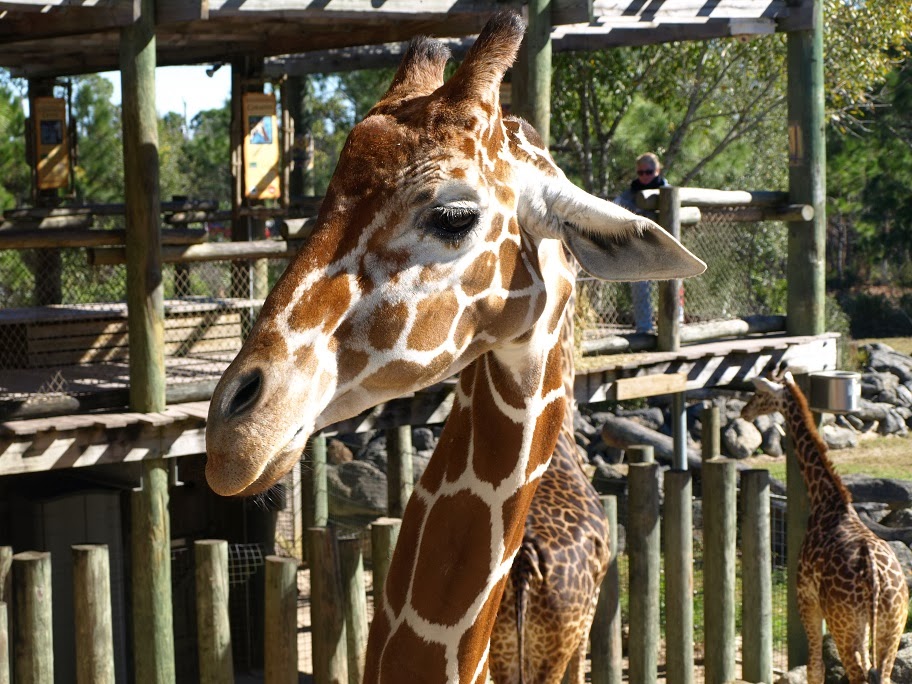 I know my last post was about my New Year's resolutions (they're coming along swimmingly, by the way). So it's probably widely assumed by now that I fell in a snow drift in mid-January and died, but I am actually alive and well. And sick to the back teeth of winter.

Today I have two sick little boys home from school, and my driveway is covered with a fresh dumping of the white stuff. We're promised warmer temperatures and the beginnings of a spring thaw next week. I'm so terrified of getting my hopes up, I'll believe it when I see it.

This winter I learned that late January is far too early for a warm-weather vacation (too much winter to still live through when I get home) and one week is nowhere near long enough. But as we are not yet millionaires, it's too late to rectify the situation now. Here are some shots of our trip to Florida:

Saying hello to the giraffes at the Brevard Zoo.

As I'm going to be picking up my entire life and moving it to Ontario this year, it seems fitting that I should finally just bite the bullet and tackle my lifelong problem with clutter before the moving truck pulls up this summer. So my New Year's Resolution is to make 2014 the year of Making Do. No shopping as a form of entertainment, no buying things I simply do not need just because they're 80% off, and (most importantly) not checking the online sales as part of my morning routine. I have enough fabric and craft supplies to keep me crafting until ten years after I die, and my closet reached maximum capacity at least five Old Navy sales ago. It's time to curb a bad habit.

My regular online shopping sites kindly obliged me today by having the crappiest New Year's sales ever. Does anyone actually wake up on January 1st wanting to buy athletic wear?!…
10 comments
Read more
More posts