Showing posts from September, 2010
Show all

Look What I Won! 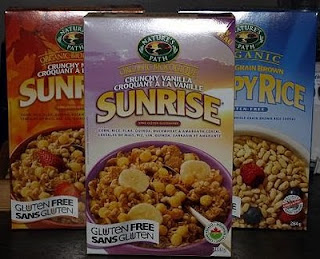 Thanks to Suburban Princess for this awesome giveaway! It turned up in my mailbox this morning. If you can't win the lottery, three boxes of gluten-free cereal is a pretty good substitute!
Happy Thursday!!
7 comments
Read more 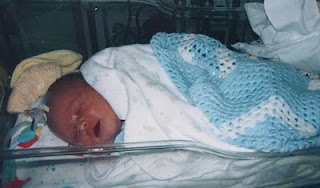 On September 20th, 2003, after four miserable hours of pushing, I earned myself a new title: MOM. Turns out, that was the easy part!
Those of you who have been following my trials and tribulations for any length of time might think that Rosemary's Baby is the only one around here pushing my buttons and wreaking havoc everywhere he goes. But, while Firstborn is definitely the calmer, quieter, gentler soul in this house, he too has had his moments. Let us review.

The four hours of pushing caused my 9 1/2 lb alien-baby some distress and he ended up inhaling his own poop on the way out. He had to be intubated and kept in the Special Care Nursery on an IV for the next three days. Motherhood lesson #1: Being a mom is terrifying, and full of incidents involving poop.

Aquatots! While all the other babies splashed around with their parents and had fun, mine cried for the first half-hour because the water was too cold, and then fell asleep on me for the rest of the class. This shot was taken a…
12 comments
Read more

September 11, 2010
Hola, blog buddies! I'm not doing too well at updating here lately, and I'm doing even worse at visiting your blogs. I have no idea how people with 1000 followers manage it. I'm just glad I'm not one of them!
The reason I've been so notably absent is that I have a new (unpaid) job, which is to fill in for the tutor we had working with Rosemary's Baby. I've been learning how to do his ABA therapy from the professionals and working with him on it every morning, which takes a chunk out of my day and leaves me feeling frazzled and stressed by the time the kids are in bed at night. But the good news is that, while I can't do this long-term and stay sane, for the time being I am learning some really important, really interesting stuff here. And it's made me realize that when we do get a new tutor (and there's one on the horizon now--woo hoo!) that this is something I can creatively implement during his downtime. So this whole sorry situation hasn't…
9 comments
Read more 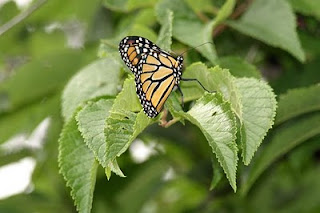 Well, it's September, and I'm very glad to have a reason to post something that ISN'T just me whining and complaining about my life. I do appreciate none of you telling me to shut up after those past couple of posts. I find that in life, you get a lot of things thrown at you at once, but in the end, it kind of all evens out.
Onto the fun. This month, I embraced my creative side and indulged in a little photo-a-day project. Here are my favourites:
Around the middle of the month, we started to get large groups of monarch butterflies just hanging out in the trees. The Captain watched out the window with amusement as I tried to get close enough for a good shot without scaring them away. Thank heavens for my long lens, and living in the age of digital cropping.

Firstborn's portrait of Ozzy Osbourne. Dead on, no?!

First salsa of the summer! My life revolves around food...

I'm finding the best time to pick vegetables in the garden is after the kids are in bed. Now, of course, …
12 comments
Read more
More posts